Well, we’re going back to Wembley for another Cup Final and a win in The FA Trophy would make The 2019/20 a Double season, The Trophy and Play Off Final Promotion to The EFL.

So let’s jump in the DeLorean, hit 88 mph, crash, bang, wallop and a 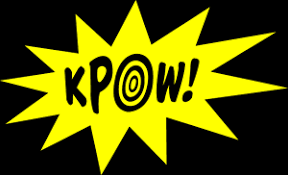 December 2016, the first thing you notice is the shops are all open, there is not a face covering to be seen, everyone is hurried planning their Christmas break and earlier that year we lost David Bowie, Victoria Wood and Muhhamed Ali. The news is full of one Donald Trump becoming the 45th President of the USA, a bloke with a really dodgy hair cut and alleged links to the Kremlin.

The Board of Directors at Harrogate Town have just met and agreed with Simon Weaver, First Team Manager, that the club will turn fully professional during the 2017 close season, a bold move and Simon leaves to inform the players of the decision. So no more soldiers, sailors or candle stick makers, full time professional footballers for the first time in the club’s history.

Let’s see where that takes us?

In March 2016 the club was playing it’s football in the National League North, the fifth tier of the English football pyramid and in July of that year a 3G Pitch was laid at the stadium, a plastic revolution had begun. The artificial surface transformed the club and the plastic pitch saw an explosion of community use from junior football clubs all the way to Walking Football, school competitions as well as girls/women’s football.

The new pitch followed a planned investment in the stadium infrastructure, 2 new terraces, improved supporter bar and events venue as well as a fully refurbished corporate hospitality suite. Improving the football and improving supporter’s match day experience had to go hand in hand.

Pre-Season training for the 2017/18 campaign commenced on 3 July, the mood of the squad was buoyant and infectious. Behind every successful team there is an eager and anticipating following, supporters who pitch up win, draw or lose, the crowd was growing boosted by families and a younger gathering.

It was a momentous season ending in a Play Off Final against Brackley at home in Harrogate. It was a sunny afternoon, the stadium was packed and the afternoon ended with a new trophy for the cabinet and a place in the National League for The Sulphurites and cracking bar sales.

Time to find the motor and get back to the future before the Flux Capacitor packs in.

March 2020, after a cracking first season in the National League, a top six finish and a narrow defeat in the play offs the club is laying in second place 4 points behind Barrow in the 2019/20 season. The stadium has grown 2 new terraces and a new seated stand taking the capacity to 4108, support is growing and there is a palpable sense that the club could win promotion to The English Football League (EFL).

Pandemic, lockdown, life on hold, matches suspended, season over, wiped from the records?

Fast forward to 2 August 2020 at Wembley after a semi final play off win against Boreham Wood. A scorching day in London at Wembley and a huge game against Notts County, the oldest professional association football club in the world. A win against the Magpies and the dream is real.

Out of the blocks clean and quick, 2 goals to nil at half time. The Magpies pull one back immediately after half time, tension. Last 15 minutes and Town go 3-1 up, a gem of a goal by Jack Diamond, edge of seat, final whistle, we are an EFL Club, Harrogate is in the club of 92.

Just enough juice in the old banger to jump us November 2020.

The shops are closed, not an unmasked face to be seen, the plastic revolution is over and there’s a lush grass pitch at The Envirovent Stadium. A cracking start to the first EFL season, 15 points on the board, in the Second Round of The FA Cup and the Town is hitting the national media including TV on a scale we could not have dared to imagine.

1.5 million on BBC2 for the FA Cup second round draw broadcast live from Harrogate. Average weekly highlight show figures of 83,000 on The Quest channel and 3 live matches with average viewing figures of 118,000

These are difficult times, dark days and a test for us all but we will beat the Pandemic, it will be relegated and every day we need to promote and think about Harrogate, build business, grow the Town.

Do look up Harrogate Town AFC and find out how we can be part of Building your Brand.