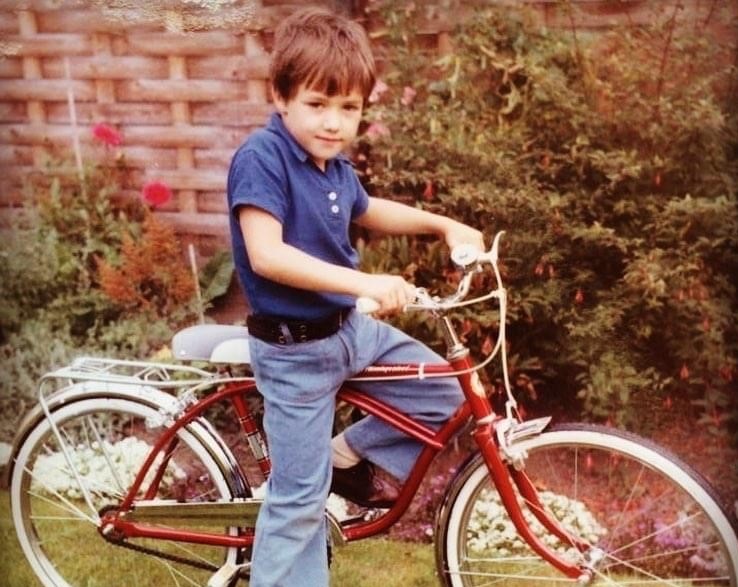 I want to ride my bicycle – by Rupert Visick

One hundred destinations – how many have you visited?  Only geniuses will be able to answer these questions – challenge yourself and upload the results. I watched The Great Hack (a thought provoking film about personal data and how it’s used) a few days ago which told me what I probably already knew, namely that Big Brother is more than passingly interested in the results of these banal and seemingly innocent questionnaires.  The chances are, by filling out enough of these ‘surveys’, you’ve probably shared more personal information with Big Brother than you might have thought, or be entirely comfortable about.

You’re probably starting to wonder what any of this has to do with cycling.  Well, the current data harvesting quiz of the moment is pick your top 10 albums and post their front covers on social media.  So, mindful of not sharing any personal secrets with BB, I resorted to a totally obscure selection of albums picked at random from the internet. However, it did get me thinking what would be in my real selection and also neatly provides the long awaited link to cycling.

In 1978 Queen wrote Bicycle Race – if you’re north of 45 you’ll remember belting it out at the top of your lungs as the lyrics weren’t the most challenging to remember. For the record (pun intended) I’m not saying whether or not this would be in my top 10.  Without wishing to sound like an angsty teenager I did think a couple of the lines in the song (I think they’re called tracks now) sum up my experience of social media – you say black, I say white, you say bark, I say bite.

We seem to have developed an inability to see shades of grey and everything is now a choice between 2 options – there are only 2 options and no variation is countenanced.  We used to have this thing called a debate where we listened to people who were well informed on a subject and then formed our own opinions.

My wife tells me I waffle and I should get to the point – well it’s this.  I want to ride my bike, however I appreciate not everybody feels the same but, and this is an important but which a lot of the bit you’ve read to get this far is all about – I don’t think it’s black and white.  Cycling has got a bit of a bad rep in Harrogate at the moment.  It’s a bit like that cute puppy you got for Christmas – it started off small and cuddly.  You loved playing with it most of the time and occasionally it peed on the kitchen floor but it was fine because that’s what puppies do and the good far outweighed the bad.  Then one day you come home, kick off your shoes and step in a big puddle of dog wee and your (now fully grown) pooch can’t work out why you’re so angry.  You used to love me, what’s changed?

It was going really well, the puppy was growing up and appeared to be responding well to the training – the occasional accident but nothing that couldn’t be dealt with.  So in 2014 we went big, very big indeed. Harrogate, our town, was front and centre of the world sporting stage for the largest annual sporting event in the world, the Tour de France – an estimated 3.5 million people lined the route and it was broadcast worldwide to a tv audience estimated at anywhere up to 3.5 billion – the sun shone and it was brilliant.  The Stray became the media centre for this sporting behemoth and we all held our breath – it was big, in fact it was a lot bigger than any of us really anticipated.  Three days later, the caravan moves onto France and we get our town back – unspoilt and virtually untouched – not even a partially chewed slipper or chair leg.  It was unbelievable and Harrogate was radiant with the afterglow of a job well done.

We’ve got this licked, let’s do it every year. And so we did, the Tour de Yorkshire became, albeit unofficially, our mini Tour de France. It showcased our fantastic town and people came from far afield to see what all the fuss was about.  They liked it, told their friends and they came too.  The Spa town was having a renaissance – people came, not to take the waters, but to take in the air and the cakes and the breathtaking scenery and not all of them rode bikes.

And then it all went wrong – the World Champs came to town and it rained…..and it rained some more in fact it rained in biblical proportions.  The puppy had a ginormous big poo right in the middle of the kitchen floor and chewed the arm off the favourite armchair – bad dog! We all know the Stray got badly damaged (an understatement I accept but similarly not a life ending catastrophe) and it’s going to take time and money to return it to its former glory but once you’ve scolded the dog and left it outside in the rain to punish it, you tend to let it back in again and move on.  Hasn’t the good outweighed the bad?

In this modern era we’ve dispensed with the stocks as a form of punishment which appears to disappoint a number of vocal locals. The opportunity to throw rotten fruit and veg at those responsible for ruining our front lawn (let’s face it that’s what the Stray is to a number of people) seems to be what’s demanded.  As an aside, and because people do seem to like to drag up the past,  the Stray was a vegetable patch during the war…just saying.

I accept this will be regarded as treasonous speak in certain high ceilinged residences but cycling in this corner of Yorkshire is here to stay and is a significant contributor to the economy. The queen of cycling herself, Lizzie Deignan, lives here!  Back in the 1950’s Beryl Burton, the former queen, would bring her own sandwiches when she came to Harrogate from Morley (before she moved here to live obviously) but things have changed somewhat since then.  It appears that some folk around here haven’t made that connection.  Bikes are the new golf bats and the Yorkshire Dales the course.  We, in Harrogate, are the club house – the 19th hole, if you will, of the Gleneagles, Augusta and Belfry of cycling all rolled into one.  That’s no exaggeration, people literally come from all over the world to enjoy what we take for granted.

On the basis that I’m not planning on reopening the debate and we have got to move on collaboratively (that’s a euphemism for thinking about other people and not just ourselves) we need to all agree where we go next and…. I have great news (it was my one and only line in the nativity play which I delivered with the enthusiasm only a 5 year old, or a dog, will ever truly appreciate).  The transport secretary Grant Shapps (admittedly not the messiah as per my nativity proclamation but, under the present circumstances, a close run second) has just announced a £2 billion Government initiative putting cycling and walking at the heart of our transport policy – problem solved!  All we need to do is elbow our way to the front of the queue, present our case and bring home the cash.  With our cycling pedigree this should be a breeze shouldn’t it?

So, I’ll go first.  I want to be able to ride my bike without incurring the wrath of other road users and risking life and limb in the process, and create an environment within the town which is more bike friendly.  So, what changes do we need to implement to make that work?  The rules of this game are simple – you come up with what you want now that you’ve seen what I want and we all then agree something in a collaborative manner (see above) which works for everyone.

It doesn’t need to be black or white and we certainly don’t need to bark or bite – I just want to ride my bicycle.