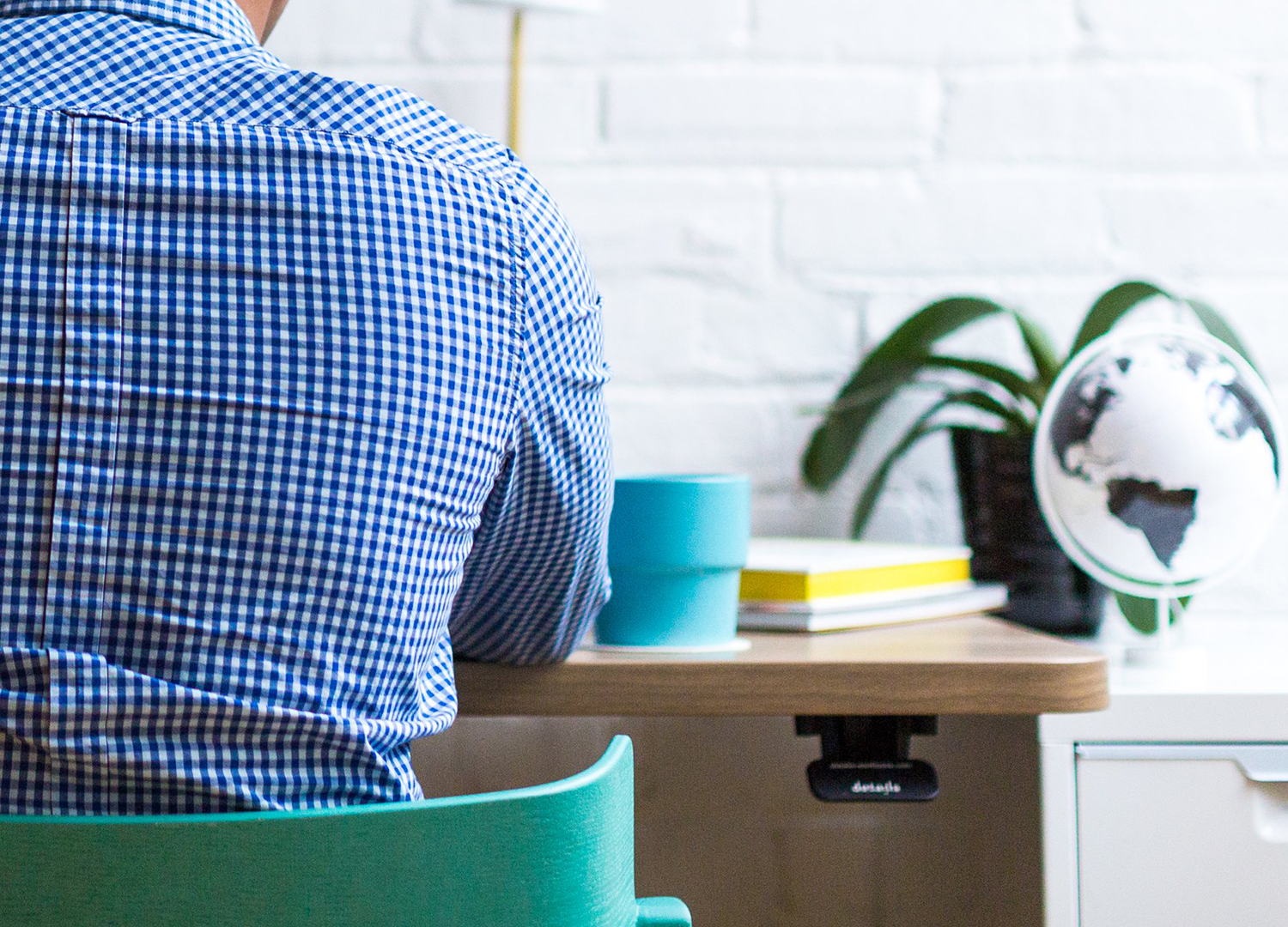 ‘Musings of a property agent’ by Rupert Visick

We’ve all seen the images of a cute toddler interrupting daddy being interviewed on the national news.  I’m guessing that, like me, most people think that it’s just that, cute and in truth which dad wouldn’t want to be that unflustered – surely only James Bond is that cool?  It does however represent the current reality – we are going to work ‘at home’.

The dog needs to go out, there’s a delivery at the door which needs a wave (we don’t sign for anything these days), I must have left my coffee in the other room and, whilst heading back to the designated office space, a hundred and one other distractions present themselves like awkward shaped bits of lego left on hall floors.

Working from home used to be a euphemism for bunking off, having a duvet day or generally giving yourself some ‘me time’.  It’s now become the reality for pretty much every office worker thanks to the Corona pandemic and hence something we need to get accustomed to.

So what does this new reality actually mean and how do we deal with the challenges of sharing the broadband, the office, back bedroom, understairs cupboard or wherever you choose to call ‘work’?

I seem to spend a great deal of time doing video meetings on the various platforms I’d never previously heard of. Meeting culture is definitely different – for starters only one person can speak at once and everybody else has to listen and wait their turn.  Meetings have definitely got more functional, shorter and arguably less personal.  We have however been able to have a nosey into everybody else’s house – I defy anybody not to find that just a little bit interesting! I’ve taken to putting random objects, pictures or occasionally written messages at the back of the room in camera shot just to brighten up other people’s day or maybe it just makes me smile – either way it does it’s job.

Key Point – in the olden days when we went to work we did, occasionally, have a laugh. Just because we’re now working in that different environment shouldn’t mean we can’t still have a bit of fun.  It’s not quite putting a whoopee cushion under the boss’s chair but it’s the best we can do right now.

I’m no ergonomist hence I’m not one to speak about what’s right and wrong in chair design, where your computer should be located however i have learnt fairly quickly that sitting at my desk for 8 hours without moving makes my back hurt and I become remarkably grouchy – normally I’m placid and, though I say it myself, incredibly charming. It’s common sense but sometimes we all need to hear it – move around, go do your bit of Joe Wickes, help the kids shave each others heads or whatever constitutes down time in your office.  Phone calls don’t have to be made from your desk – the chances are you’re using a mobile phone hence get mobile.  It’s remarkable how liberating it is to walk and talk.  Doesn’t matter where you go but change the scene and get some fresh air.

There’s plenty of advice about structure and how to maintain normality in a totally abnormal situation however we’ve been doing this for long enough now that we’ve probably all developed a degree of routine.  We’ve been through our Lord of the Flies phase not shaving for days, wearing slogan t shirts and cartoon boxer shorts because we can.  Remarkably that feels a bit like hard work after a while hence you’re now in your new normal and it’s probably remarkably middle of the road. Everybody else you bump into (virtually obviously) has gone through the same transition and emerged from their own chrysalis.

The key question, now that we’ve worked out that life goes on and we can actually be trusted to work from home without getting blind drunk and playing Fortnite all day and night, is what happens when this is all over.

We will slowly make our way back to the post apocalyptic city offices however now that we’ve had our eyes opened to the new possibilities I think there is no doubt things will be different.

We will not abandon our offices for home working – we’ve all craved the companionship of the coffee machine.  No amount of zoom coffee mornings can replace that cacophony of noise created by half a dozen people transmitting at the same time – we love it, we actually need it being the social beings that we are.  We will however look at these offices differently.  We’ve got used to a degree of flexibility in how we work.  Plenty of us have realized that we actually do some of our best work at ten o clock at night in our trackies nursing a craft beer, hot chocolate, isotonic sports drink (delete as appropriate) and, as long as we’re turning in the goods, why shouldn’t we adopt this new norm?

The office stays but the Monday to Friday 9-5 feels like it’s under threat.  Intuitively this feels like a good thing – less pressure on infrastructure, less congestion and angst getting to and from busy city centres.  The benefits are obvious but how practical is it? Well if the last few weeks are anything to go by it’s nowhere near the challenge we might have anticipated.

Offices will not become ghost ships at 6pm as everyone disappears back home and because we’ve now got used to some home comforts, it is inevitable that some of these will make our way into the work place.  I’m not anticipating the hackneyed bean bags and VW camper van meeting rooms popping up in the offices of lawyers (although it would be funny) but expect some of the accepted structure of desks and chairs to get a little fuzzy.  We’ve had this global situation thrust upon us, we didn’t want it and most of it is downright unpleasant (the upside though is that we now know who are neighbours are and we can actually put a faces to the noise from next door) however it has opened our eyes to new possibilities.

Look on the bright side, the kids have enjoyed having you around, you now know the Amazon delivery driver, you’re a lot more tech savvy than you used to be, you exercise for an hour a day and the dog thinks you’re the most amazing person in the whole world ever.